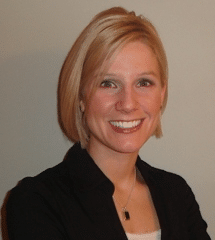 Dr Paula Weihler Yorkville chiropractorDespite what many may think, not all chiropractorswere “born” to be chiropractors; some become chiropractors in spite of the way they were raised. This statement couldn’t be truer for Dr. Paula Weihler. She came from a very medically based family where every bump, scrape, scratch and illness resulted in a trip to the medical doctor which was then followed by a trip to the local drug store. It was only through a series of unlikely events that Dr. Weihler became interested in chiropractic.

While studying exercise and sport science at Iowa State University, Dr. Weihler was also serving her country as a second lieutenant in the Iowa Army National Guard where she drove semi-trucks for the army. After long convoys, she began to notice that she would have intense headaches that would last for days and would eventually develop into earaches that would last for months. Having a medical background, she had been using medicinal ear drops and they would sometimes take care of the earaches but eventually the medicine quit working. She told a friend of hers, whose dad happened to be a chiropractor, about her earaches. When her friend tried to convince Dr. Weihler to go to a chiropractor, Dr. Weihlers first thought was, “My back and neck don’t hurt, so why would I go to a chiropractor?” However after a few more weeks of intense ear pain, Dr. Weihler, finally went to the chiropractor convinced that she would prove her friend wrong.

After a thorough exam and x-rays, the chiropractor did something to her neck and about twenty minutes later she noticed a warm draining sensation in her neck on the same side as her earache and by the end of the night her earache was completely gone! With her “seeing is believing” attitude it didn’t take long for her to realize that chiropractic actually worked. This also made her very curious as to “how” chiropractic worked especially with issues other than headaches and low back pain. She began asking her chiropractor about chiropractic and after months of questions he finally convinced her that she should become a chiropractor so that she could show the rest of the world the incredible healing powers of chiropractic.

Within months Dr. Weihler applied and was accepted at the Palmer College of Chiropractic in Davenport, Iowa where she graduated on the Deans list with her Doctor of Chiropractic degree. In addition to receiving an excellent education, she had the privilege of participating in the “Clinic Abroad Program” where she had the opportunity to adjust hundreds of Bolivian people, who suffered from ailments ranging from the usual neck and back pain to Bells Palsy and, yes, even earaches. She also met her husband, Stuart, and they are now the proud parents of a healthy boy named Peyton who received his first adjustment just a few days after he was born.[/vc_column_text][/vc_column][/vc_row]